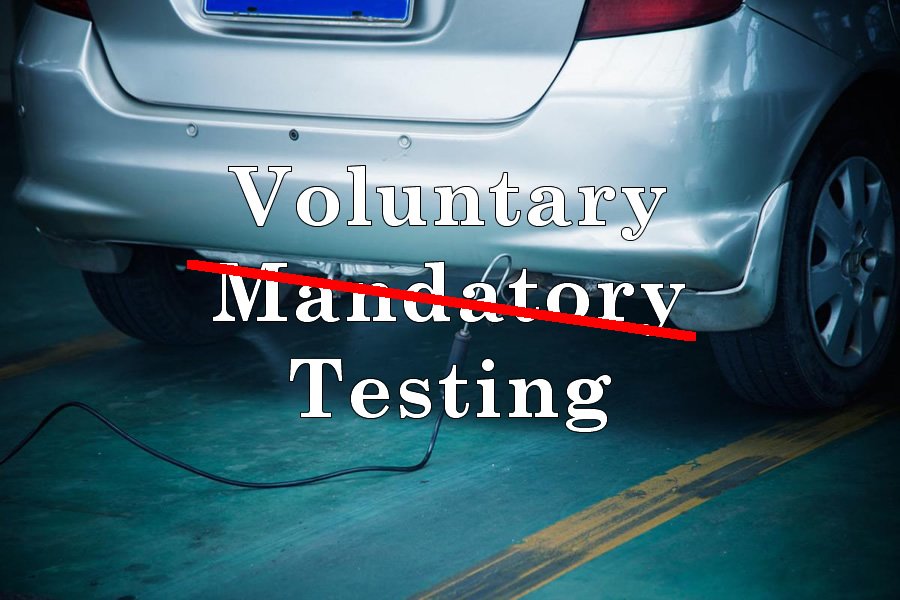 Even in the absence of government-mandated emission programs, shops need to be vigilant checking for problems.

As Canada’s largest emissions testing program shuts down, the sale of oxygen sensors in the country’s largest consumer market is likely to take a big dip.
Shops that did a lot of Ontario Drive Clean business may soon learn what techs in other parts of Canada have known for a while: to ensure that vehicles are burning fuel cleanly and running at optimum fuel efficiency, basic emissions checks need to be part of routine inspections.
Government-mandated tests give shops a reason to explore the state of a vehicle’s emission system. In their absence, shops will need to be more proactive to detect failing oxygen sensors, spark plugs, EVAP systems, catalytic converters,
and engine filters.
Manufacturing quality has advanced to the point that some vehicles will go to the wrecker at the end of their functional life with the original oxygen sensors in place. But most vehicles will need a new set of sensors at least once, possibly twice.
Oxygen sensors operate in a hostile environment. They come into contact with a lot of heat, pressure, and extreme conditions in the exhaust stream of the engine, so they will eventually wear out.
“The replacement interval is usually over 100,000 kilometers but it can range widely from model to model,” says Matt Otten, product marketing manager for NGK-NTK Canada. “The first owner may not have had to think about it. But the second owner typically will have to. And possibly twice.”
Otten suggests that if cars aren’t mandated to come in automatically for a regular emissions test, shops should build an additional step into their regular inspections to cover it.
“Essentially, Ontario shops have been sort of spoiled up until now,” he said. “Oxygen sensors were almost selling themselves. Now shops have to switch to a model that helps discover failing sensors and then offer them as maintenance
or repair items. They’re going to have to start asking, ‘Have you had your O2 sensor replaced yet?’”
That is what B.C. techs found says Bob Paff, founder of the Automotive Service Business Network, an Internet forum for Canadian shop owners and technicians.
“As soon as B.C.’s AirCare program was shut down, dirty vehicles, licensed outside regulated areas, came back to town and local horsepower enthusiasts began removing catalytic converters,” he says.
Paff believes the way forward is through consumer education, industry conversations about accepted standards, and devising informal inspection strategies.
“The problem is how to get everyone together on this,” he says. “I’m working on that.”

A decrease in fuel economy could easily be the result of a failed oxygen sensor. The problem is the driver may not have noticed a drop in fuel efficiency, or may not think to mention it to the service advisor.
The O2 sensor detects a rich or lean running condition. When it starts to fail, the engine goes off its memory and does its best to balance the ratio. It won’t do as well as if it has a real-time feedback loop. If something’s going wrong, it will throw a code long before it triggers the check-engine light.
“That’s probably the best way to know what’s going on,” says Otten. “Check for a code on every car. The best operators are already doing that.”
Jeff Colton, of Colton’s Garage in Flesherton, Ont., says oxygen sensors are the biggest contributor to the fuel trim numbers that an ECM creates, and fuel trims are among the most valuable scan tool parameter IDs (PIDS) to know how an engine is running.
“Those fuel trims are a great diagnostic tool,” he says. “Lean trims at idle and normal trims under load could be an indication of a vacuum leak. Normal trims at idle and lean under load could indicate a fuel delivery problem. More testing is still needed to get to the root cause of a problem. But without using trims, it’s a guessing game.”
He makes checking fuel trims and Mode 6 diagnostic part of the “tune-up” procedure.
“We call it an engine performance check. It’s easy to throw in a new set of spark plugs if the vehicle is not running like it should. But what if it’s not running right because of a faulty oxygen sensor? The only way to know that is to check.”
Dustin Golley, owner of DG’s Auto Tech in Listowel, Ont., and last year’s Canadian Technician of the Year, says O2 sensors are clearly a wear component that need to be checked – emissions program or not.
“There is a schedule that they should be replaced on – 100,000 to 150,000 kilometers for most vehicles,” he says. “You can wait for the check engine light to signal a problem or we can advise the customer when it’s time to check them and consider replacing them.”
He believes the loss of emission programs gives shops a chance to prove to their customers that they’re environmentally conscious, promoting optimum driveability and vehicle maintenance as a way to keep the air clean.
“Today’s customers are always worried about the climate and our environment,” he points out.
With the closing of the last emissions program in Canada it stands to reason that we’ll have dirtier cars on the road.
“The harder-to-detect problems are going to go undetected,” he says. “The onus is now on the consumer and the repair shop to actively look for these issues, rather than wait for them to come up as part of mandated testing.”

We believe in reducing vehicle emissions.
Watch out for a deal, to help you do just that.