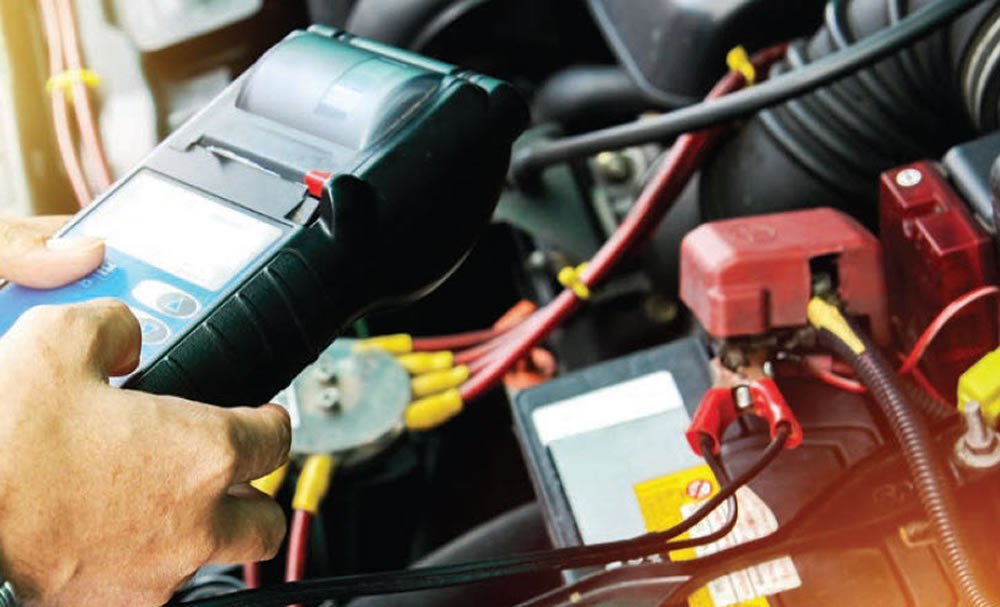 Battery care has never been more important. Modern vehicles require more electrical power than ever before, even when parked. And the average electrical draw continues to rise as more amenities are developed.

From navigation and entertainment devices to heaters, blowers, motors, lights and safety system, the additional draw of modern motoring can exceed 400 amps.

Fortunately, testing the state of a battery is quick and easy, giving you an opportunity to discover a looming failure before it happens.

Recent studies have shown that many cars on the road are in need of a new battery.

Swedish battery equipment manufacturer CTEK did a study in 2013 that found 25% of vehicles that came in for service had a battery that was in need of attention. By 2018, the percentage of vehicles with a defective or heavily discharged battery had risen to over half (51%).

An effective battery program would allow you to identify those compromised batteries, and charge or replace them as necessary.  en retest as a proof of service, and o er a warranty for added piece of mind.

Even if battery service or replacement isn’t necessary, you can note the condition of the battery and keep it on  le for future reference. When it does start to fail, you’ll have a paper trail that shows you were doing your job of monitoring the vehicle carefully.

Using an adjustable carbon-pile battery tester to “load test” the condition of the battery is fairly common, though it is more involved than some other methods.

A calibrated load – usually half of the battery’s cold cranking amp (CCA) rating is applied for 15 seconds. As long as voltage remains above the required voltage, the battery passes the test. If voltage drops, however, it could be for a number of reasons.

For one thing, if the battery was not fully charged going into the test, the results aren’t necessarily indicative of a bad battery. Similarly, some simple battery maintenance can bring those numbers up to where they need to be.

Professional-grade conductance testers, on the other hand, are quick, non-invasive. And many will provide computer printouts that you can share with your customers to verify your findings.

A conductance test sends a low frequency alternating current signal through a battery to reveal how much plate area is available to hold and deliver power. This gives an accurate indication of battery condition, even if the battery
is low or almost completely discharged. Conductance testing can be done with the battery in the vehicle and without disconnecting the terminals, and it can be repeated multiple times without draining the battery.

Laboratory and  eld research has found that conductance relates directly with battery capacity, as measured in a timed discharge test. The correlation is nearly linear, meaning that if conductance can be measured, timed-discharge
capacity can be predicted.

Whatever method you choose, if you start to take full advantage of a battery tester, there’s a good chance you’ll never put it away.

Today’s vehicles are thirsty for power, and even the shortage interruption can start a chain of failures that will sideline the car until it can be fully restored.

You can offer your clients reliability and peace of mind by testing every battery that comes into the bay.

Given the outsized reliance on power that modern vehicles demand, it’s a service that everyone will benefit from.